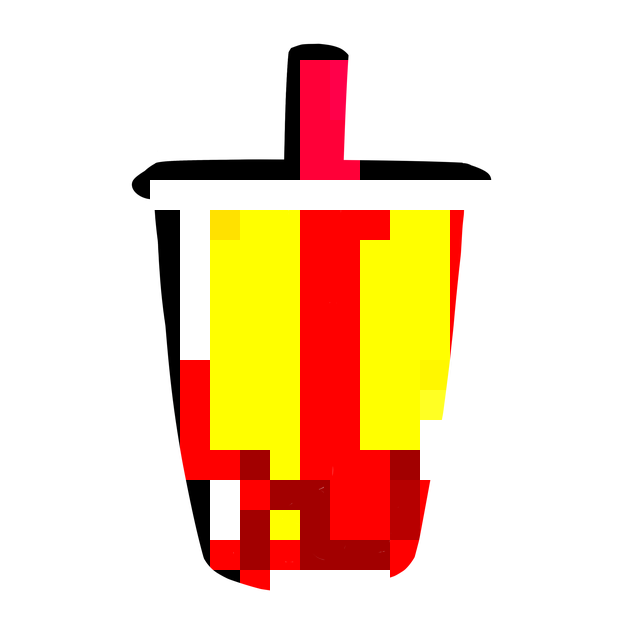 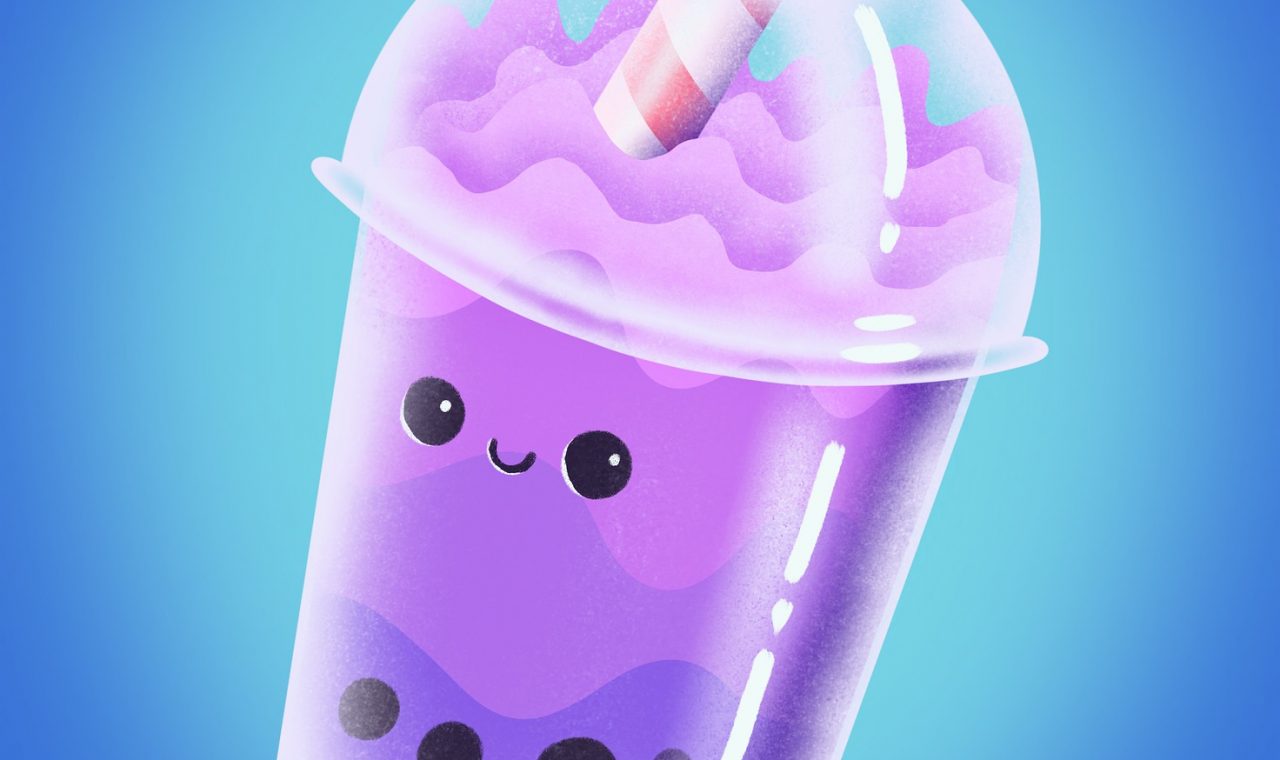 Who doesn’t love bubble tea, also known as pearl milk tea, boba milk tea, or simply boba? It’s delicious, refreshing, and perfect for any occasion. It seems like every other person you see on the street is carrying around one of those big bubble teas. While bubble tea may seem like a relatively new drink, it actually has a rich history that dates back over thirty years. Would you be interested to know the history of bubble tea?

Bubble tea is a delicious drink that has become increasingly popular in recent years. Often referred to as pearl milk tea, boba milk tea, or simply boba, this refreshing beverage can be enjoyed on any occasion. Bubble tea typically consists of black tea or green tea mixed with milk or fruit juice, chewy tapioca pearls, or boba. So what’s all the fuss about? Why is it so popular? And where did it come from? Did you know that bubble tea has a rich history that dates back over thirty years?

In this blog post, we’ll explore the history of bubble tea and track its journey from Taiwan to the rest of the world. So if you’re curious about bubble tea or just want to learn more about it, keep reading!

We will talk about:

1. History of Bubble Tea: Origins of bubble tea in Taiwan

The history of bubble tea can be traced back to the early 1980s in Taiwan. At the time, there were a few small tea shops in Taichung that began experimenting with new and innovative ways to serve tea. In order to stand out from the crowd, one tea shop owner decided to add chewy tapioca balls, or “bubbles,” to his tea. This resulted in a drink that was both delicious and fun to drink.

“The trend of tea beverages prospered together with the rise of the leisure food trend in the 1980s as Taiwan was experiencing rapid economic growth,” says Tseng Pin Tsang, a Taiwanese food historian.

This new drink quickly became popular with Taiwanese students and soon spread to other parts of Taiwan. People loved the chewy tapioca balls and the unique flavor of the tea. They also loved the fact that it could be served cold or hot, depending on their preference. Taiwan quickly became known for its bubble tea, and it remains a popular drink there to this day. The origin of bubble tea is often credited to the Chun Shui Tang teahouse in Taichung, Taiwan. This is because the teahouse was one of the first to add tapioca balls to tea and is considered the inventor of bubble tea.

Some Interesting Facts of Bubble Tea

Bubble tea has become so much popular that it became an official emoji in November 2020 and started to appear in new forms such as in cheesecakes or even pizza. Today, 30 April, is celebrated as National Bubble Tea Day. And according to a report, Bubble Tea witnessed 3000% more demand in the last five years.

Another survey claimed that around 62% of Bubble Tea drinkers are willing to spend more on their favorite drink than what they actually do. They are also ready to travel for a long just to find their favorite Bubble Tea shop.

2. How did bubble tea become popular?

History of bubble tea links back to Taiwan. Taiwanese immigrants introduced bubble tea to other parts of Asia, such as China, Hong Kong, Singapore, and Malaysia. From there, it spread to Western countries like the United States, Canada, Australia, and Europe. In the 1990s, bubble tea became increasingly popular in Asian-American communities in the United States. It was also around this time that bubble tea shops began popping up in other parts of the world. In recent years, bubble tea has continued to grow in popularity and can now be found in many cities around the world. In fact, it has become so popular that there are now international bubble tea chains that have branches in multiple countries.

3. What are the different types of bubble tea?

There are many different types of bubble tea, but the most common type is milk tea with tapioca balls. Other popular types include green tea, black tea, fruity teas, and slushies. Bubble tea can also be made with different types of milk, such as dairy milk, almond milk, soy milk, or coconut milk. The tapioca balls can also be replaced with other ingredients, such as jelly cubes, grass jelly, pudding, or fruit bits. In fact, there are endless possibilities when it comes to bubble tea, and new flavors are being created all the time. What’s unique about bubble tea is that it can be tailored to each person’s individual taste and preference.

4. Bubble tea culture, etiquette, and trends around the world

People all over the world have embraced bubble tea and made it their own. Doesn’t matter where you are from, whatever your age or culture, the culture, the etiquette, or the trends, bubble tea is a drink that everyone can enjoy. In fact, bubble tea is becoming more popular every day and is even starting to appear in mainstream cafes and restaurants.

How Bubble Tea is Made?

There are many different ways to make bubble tea, but the most common method is to brew the tea and then combine it with milk, sugar, and tapioca balls. Other popular methods include using green tea, black tea, or fruity teas.

Are there any health concerns?

We are talking about history of bublble tea and we should talka bout whether there are any health concerns related to it? We know excess to anything is bad for health. So, it is advisable to consume bubble tea in moderation. Some of the health concerns associated with bubble tea are mentioned below:

Bubble tea is often made with milk and sugary syrups. This can lead to weight gain and tooth decay. When consumed in moderation, bubble tea can be a healthy treat. However, overconsumption of sugar can lead to health problems such as obesity and diabetes.

Bubble tea can be topped with various unhealthy ingredients such as whipped cream, cookies, and cake. These toppings can add extra calories and sugar to the drink, which can be harmful to your health.

Tea is a diuretic, which means it can cause you to urinate more frequently. This can lead to dehydration, especially if you are not drinking enough water.

Bubble tea usually contains caffeine, which can be harmful if consumed in large amounts. Caffeine can cause side effects such as insomnia, anxiety, and irritability. People with heart conditions, pregnant women, and children should avoid consuming caffeinated beverages.

Bubble tea can be a delicious and refreshing drink. However, consuming it in moderation is important, and avoiding unhealthy toppings. If you have any health concerns, it is best to consult a healthcare professional before consuming bubble tea.

Some people may be allergic to the ingredients in bubble tea, such as milk, tea, or tapioca balls. If you have any allergies, it is essential to check with a healthcare professional before consuming bubble tea.

Bubble tea can interact with certain medications, such as blood thinners and heart medications. It is important to check with a healthcare professional before consuming bubble tea if you are taking any medications.

Bubble tea is not recommended for pregnant women due to its caffeine content. Caffeine can cross the placenta and increase the risk of miscarriage. It is important to consult with a healthcare professional before consuming bubble tea if you are pregnant.

Bubble tea can be a delicious and refreshing drink. However, consuming it in moderation is important, and avoiding unhealthy toppings. If you have any health concerns, it is best to consult a healthcare professional before consuming bubble tea.

How did Bubble Team Become Popular in the UK?

There are many bubble tea shops in the UK, but they are mostly located in London. Bubble tea is also available in some supermarkets and cafes. The most popular type of bubble tea in the UK is milk tea with tapioca balls. Other popular types include green tea, black tea, fruity teas, and slushies.

How did Bubble Tea Become Popular in the USA?

The US has become the most popular country for bubble tea outside of Asia. Though it became widespread in cities with large Asian populations like New York and Los Angeles in the 1990s, it wasn’t until the early 2000s that the bubble tea trend really took off.

Bubble tea shops began popping up all over the country, and the popularity of bubble tea has continued to grow in recent years. Today, bubble tea is available in most major cities in the US and can even be found in some smaller towns. People in the US have become creative with bubble tea, and many different flavors and variations are now available.

Also, when bubble tea made its debut in the US, it was mostly consumed by Asian Americans. However, the popularity of bubble tea has now spread to people of all backgrounds and ethnicity. Bubble tea has become a popular drink among young people in the US and is seen as a trendy and cool drink.

There you go! Everything you need to know about the history of bubble tea. From its origin to how it becomes widespread, the different types of bubble tea and bubble tea culture around the world. Bubble tea is a delicious and refreshing drink that people of all ages and cultures can enjoy. So, next time you’re looking for something new to try, why not give bubble tea a try? Who knows, you might just become a bubble tea lover yourself!

How to Make Bubble Tea: The Ingredients, Recipe, Storage Instruction 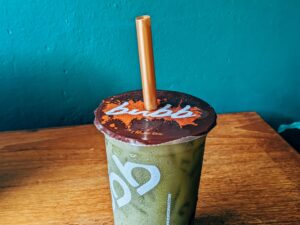 How to Make Bubble Tea? Essential Guide and 7 Tips! What are the Bubbles in Bubble Tea? Amazing Information!

This website uses cookies to improve your experience while you navigate through the website. Out of these, the cookies that are categorized as necessary are stored on your browser as they are essential for the working of basic functionalities of the website. We also use third-party cookies that help us analyze and understand how you use this website. These cookies will be stored in your browser only with your consent. You also have the option to opt-out of these cookies. But opting out of some of these cookies may affect your browsing experience.
Necessary Always Enabled
Necessary cookies are absolutely essential for the website to function properly. These cookies ensure basic functionalities and security features of the website, anonymously.
Functional
Functional cookies help to perform certain functionalities like sharing the content of the website on social media platforms, collect feedbacks, and other third-party features.
Performance
Performance cookies are used to understand and analyze the key performance indexes of the website which helps in delivering a better user experience for the visitors.
Analytics
Analytical cookies are used to understand how visitors interact with the website. These cookies help provide information on metrics the number of visitors, bounce rate, traffic source, etc.
Advertisement
Advertisement cookies are used to provide visitors with relevant ads and marketing campaigns. These cookies track visitors across websites and collect information to provide customized ads.
Others
Other uncategorized cookies are those that are being analyzed and have not been classified into a category as yet.
SAVE & ACCEPT
wpDiscuz